Joe Sixpack is Don Russell, an award-winning Philadelphia writer with nearly 45 years as a newspaper reporter, editor and author. Over the years, he’s written about crooked pols, stupid criminals and a flying pig.

His reports led to the federal government’s first-ever environmental racketeering prosecution, the closure of a county jail, the reform of the Philadelphia taxicab industry, numerous criminal indictments and a highly publicized face-off with the Philadelphia Eagles that eventually ended the team’s ban on football fans’ infamous “Hoagies of Mass Destruction.”

Launched in 1996 in the Philadelphia Daily News, Joe Sixpack is one of Philadelphia’s longest-running columns of any kind.

He’s the author of 3 books:

He’s traveled the world in search of great beer, to the world’s northernmost brewery in Norway, to the West Bank of Israel, to the Lithuanian countryside where he was a traveling “ambassador” on behalf of the U.S. Department of State. And he shares his love of beer-focused travel, leading brewery tours and pub crawls in Europe and America.

He has won numerous awards for his beer columns, including 20 Quill & Tankard trophies from the North American Beer Writers Guild. In 2002 and 2006, he was named Beer Writer of the Year at the Great American Beer Festival.

His exposure of a beer-cheating scandal at Philadelphia’s Veterans Stadium led to a government investigation and, ultimately, a price reduction for fans. His reports on overly aggressive Pennsylvania State Police raids of area taverns led to reform of state liquor law.

Along with radio talker Glenn Macnow, Russell hosts the weekly “What’s Brewing” beer talk show on NBC Sports-Philadelphia. He is an engaging, authoritative speaker who has made hundreds of presentations before corporate, travel, industry and beer enthusiast groups.

Russell lives in Philadelphia with his wife, Theresa Conroy, a certified yoga therapist and studio operator. 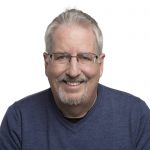