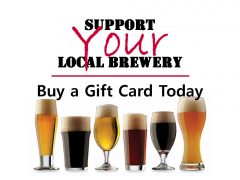 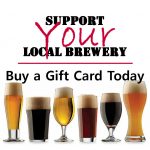 During our conversation, we enjoyed glasses of fresh Gold, the Helles lager. It was … Read the rest

Forget the hard seltzer. Drink a real craft beer! A few suggestions above, to go along with the excellent brews I suggested on Fox 29 this morning.

One of these days I’m going to reload all of my columns from the past 25 years on this site.

Till then, check out my other website: Philly Beer World.

The city’s first commercial meadery in more than 100 years opened this month, launched by a pair of millennials in a 19th-century North Philly warehouse.

In a little-noticed milestone, Philadelphia Mead Well began public sale of the ancient alcoholic beverage, also known as honey wine. Though the region in recent years has seen an explosion of breweries, distilleries, wineries and … Read the rest

The 10 most ridiculous brewery rules issued today by the N.J. ABC.

A big, new player is moving into Philly Beer World: Night Shift Brewing, a fast-growing brewer out of Massachusetts. The company is planning to develop the former Penn Beer distribution warehouse on Domino Lane in the Roxborough section of the city as a brewery with a tasting room.

Though no details have been released, site plans show it has the … Read the rest

Opinions about the Boston Beer/Dogfish Head deal announced yesterday are a mixed bag, ranging from dread to, well, “let’s wait and see.” So far, I haven’t heard anyone outside of either brewery get terribly excited about the $300 million merger/sale.

1. There are an awful lot of beer freaks who really don’t like either Sam Adams or … Read the rest

It is not fruity or hazy or juicy or dank.

It is not dry or tropical or thick as a milkshake.

And for god’s sake, don’t stand in line for it like you’re on some kind of quest.

It’s not black or brown or imperial or brut,… Read the rest